5 years of Demonetisation: Have Things Changed for Real Estate? 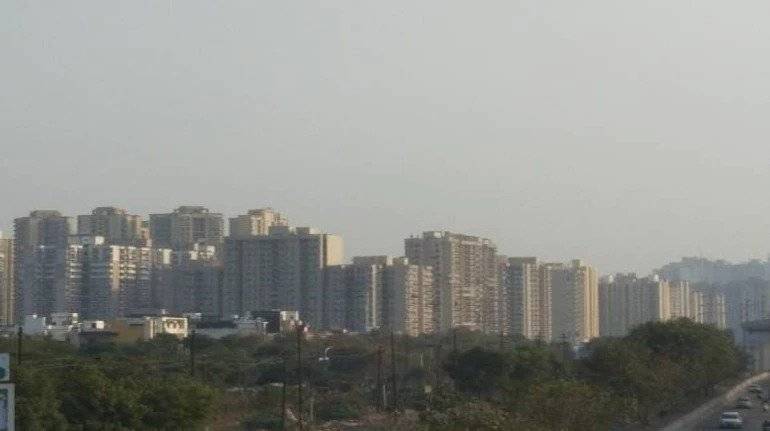 It cannot be said that cash components have been entirely eliminated from the market. However, they have become a far less influential factor driving property purchases. Real estate experts say that a permanent solution involves revising circle rates frequently and promoting electronic registration of properties.

Demonetisation was perhaps the first Black Swan event witnessed by the real estate sector in 2016. It was followed by disruptions such as RERA, GST implementation, the NBFC funding crisis and the COVID-19.

The maximum impact of demonetisation was felt on land and luxury residential segments. This was largely due to the fact that investors had a tendency to park black money in these asset classes. Immediately after the announcement, land deals were down and prices in case of such deals dropped by almost 30 percent to 40 percent on account of drop in cash dealings.

The affordable housing policy coupled with incentives such as the softening of interest rates helped offset the impact of demonetisation. Real estate experts had said then that a permanent solution involves rationalising the tax structure and stamp duties. “The government needs to ensure that circle rates reflect the market reality and are revised frequently. Long gaps in revision kill the objective of circle rates,” experts had said.

A report titled Currency Demonetisation: Short Term Pain, Long Term Gain by Assocham, had also said then that demonetisation will wipe out the stock of ill-gotten wealth held in cash, while doing little about the wealth that has been converted to assets such as land and gold.

“Lowering stamp taxes on property transactions would incentivise the lower levels of evasion associated with such transactions. Further, electronic registration of real estate transactions (and re-registration of existing ownership claims) to match individual identification numbers will go a good distance in minimising the channeling of corrupt earnings into real estate,” the report had said.

The big ticket reforms in Indian business started with Demonetisation in 2016 followed by RERA, single tax regime of GST. The real estate sector has witnessed significant impact of these reforms. Overall, in the past five years, there has been a significant improvement in corporate governance and transparency in real estate and in the confidence of investors and end buyers to acquire real estate.

“The real estate sector as a whole has moved up the curve on organisation and administration since reforms started and this has helped navigate the crisis such as NBFC and then Covid-19,” said Piyush Gupta, Managing Director, Capital Markets and Investment Services, India at Colliers.

Although there was a lot of confusion and uncertainty immediately after demonetisation, the shadow of this radical move has now faded. Nevertheless, it had a profound impact in the first year after it was announced.

The triple tsunami of demonetisation, RERA and GST in quick succession initially resulted in a deceleration of new property launches. The supply of new housing units in the top 6 cities in India during the first three quarters of 2017 was down by around 60 percent compared to the same period of 2016.

“The housing market indeed emerged stronger than before, with speculative buying and selling getting eliminated and end-users emerging as the strongest market drivers in the primary sales segment. Luxury has come back strongly, too. The pandemic caused latent demand to come bubbling to the surface and today, the housing market is firing on all cylinders,” said Anuj Puri, Chairman – ANAROCK Group.

The secondary market was obviously highly susceptible to demonetisation as compared to the primary market. Property transactions in the secondary sales and luxury housing segments tended to have significant cash components, and such sales were – and continue to be – curtailed significantly due to demonetisation. In contrast, demand for affordable and mid-segment housing on the primary sales market rose.

“It cannot be said that cash components have been entirely eliminated from the market. However, they have become a far less influential factor driving property purchases. In fact, the end-users driving the housing market today majorly prefer transparency in their transactions,” said Puri.

Today, the negative impact of demonetisation on the housing market has faded. It helped change the very fundamentals of how housing was sold and bought – and in this respect, it served its purpose. The housing market is now driven by actual demand, not the desire to launder black money, and has therefore emerged stronger and more resilient than ever before, he said.

Soon after demonetisation was announced in 2016, experts had suggested that to curb black money in the real estate sector, circle rates should evolve as per the actual market prices. Long gaps in revision of circle rates kill the objective of circle rates. They had also said that electronic registration of real estate transactions should match individual identification numbers. This would go a long way in minimising the channelling of corrupt earnings into real estate.

But has that happened?

In a significant trend seen in the Indian housing sector over the last five years, there has been a reduced difference between the circle rates (also known as guidance value or ready reckoner rates) and the actual market prices in the top cities. From a more than 100 percent difference between the two rates in certain areas in Mumbai, Pune, Gurgaon in 2015, some localities presently show a mere 6 percent variation, according to Anarock.

“This narrowing gap between the two rates discourages ‘black money’ transactions to a large extent. The primary sales market in tier 1 cities today offers limited scope for unaccounted cash infusions because of the minimal gap between the state-notified circle rates and the market value quoted by developers in such regions,” says Puri.

Moreover, as we are seeing, since demonetisation back in late 2016 and the implementation of GST, RERA the use of black money (or cash transactions) in the real estate sector has reduced by at least 75-80 percent. One other factor is that demand for branded, listed players has gone up significantly and these players mostly avoid use of black money. Thus, real estate is becoming far more transparent and accountable than it was in the pre-DeMo period, he said.

As for electronic registration of real estate transactions to match individual identification numbers, while there is still a long way to go, the process of e-registration of properties has undoubtedly simplified the process and as such helps to provide evidence of titles. Further, it also helps in preventing unlawful disposal of land, he said.

Samantak Das, Chief Economist and Head – Research and REIS, JLL is of the view that while demonetisation followed by GST and RERA has helped reduce the number of unaccounted transactions to a large extent, the main objective is yet to be attained. However, these measures have brought in a certain amount of transparency in major cities.

As for circle rates, there is still a huge difference between circle rates and market rates in some cities. State governments have to be agile in revising circle rates at regular intervals. However, going forward, once markets become dynamic and the employment scenario looks up, a six monthly revision of these rates may become crucial.

Electronic registration should also become widespread. In a post COVID-19 scenario, buyers should have the confidence to register online. “There should be minimal physical interaction or touch points on account of the pandemic,” he said.