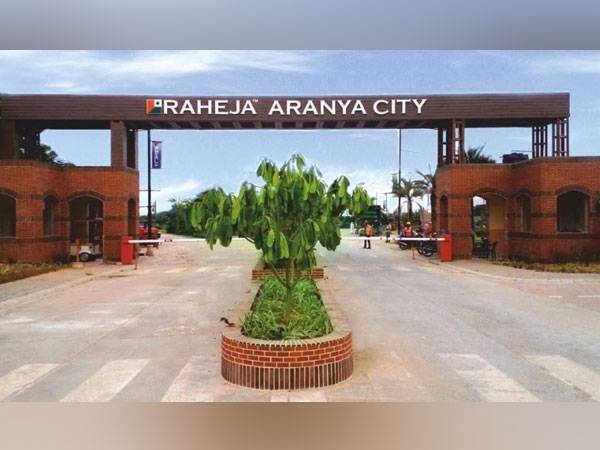 Raheja Aranya City, one of the reputed townships introduced by the best developer in Gurgaon region of NCR Raheja Developers will have a magnificent temple in their smart green residency.

The temple construction was announced during the onset of Navratri and the temple will be the holy area for all festivals and occasions. The outer area of temple would be especially constructed for hosting small social gatherings. The beauty of the temple is expected to be at par excellence.

The temple is going to be thoughtfully constructed with marble floorings, and an enormous dome intricately decorated with inscriptions. Around the temple, there will be a great sitting area for residents to socialize. The holy touch at the main courtyard of the residency is going to bring in the positive vibes to the entire project.

The temple is going to have an open entrance with greenery around it. Upon completion, it is going to become the hub spot of all the big as well as small events and festive celebrations. It is going to create a serene atmosphere with light touch of decoration and lightings.

Raheja Aranya City is spread over 153.6 acres. This is the first smart green township with Aravali facing view and vast open spaces. The plot sizes in Aranya are up to 822 sq. yard. Raheja Aranya is situated in the south of Gurugram in Sector 11 & 14 at Sohna road. This smart city has premium apartments, schools, colleges, Dispensaries, and Retail Spaces. It is Haryana’s first and foremost city with smart plans like Solar street lighting, solar power generation, rainwater harvesting, Wi-Fi hotspot, etc.

On the occasion of announcing the temple’s construction, Dimple Bhardwaj of Raheja Developers said, “We always believed that a little change add up and leads to a great mindset. This was the idea of Raheja team to curate a small and dedicated spiritual area for our residents. We hope this will bring good luck for us and for all the residents.”

Navin Raheja is a self made entrepreneur who started his career with less than $100 and today he is executing projects worth over $2 billion. He started his career in 1978 and experimented with diverse businesses viz finance, electronics, computers, travel agency, import agencies before finally settling with real estate after about a decade. Today, Raheja Developers is one of the largest real estate companies in India with projects over 27 million sq. ft. at various stages of execution. Having already delivered approx 26.5 million sq. ft. of mainly residential and commercial projects including farmhouses, plotted development and hotel properties.

Raheja is the first developer to undertake slum rehabilitation of 2800 families in the heart of New Delhi thus changing lives of almost twenty thousand poor people by giving them toilets and other modern day facilities. Raheja is the most awarded and adjudged best developer in India. Mr. Raheja’s stewardship and dedication of his team has led to Raheja Developers, India’s top real estate company bagging over 140 prestigious national and international awards.

Nayan Raheja has dedicatedly taken the charge of Raheja Developers as a new-generation leader and introduced new arenas of marketing and strategizing the brand name, positioning in the market. He has been responsibly taking forward the group’s vision to promise a living which marks a statement in itself and remains intact for all future generations. Nayan Raheja is also named amongst ”40 Under 40 Most Influential Indians 2019-20” by AsiaOne Magazine.